This Wednesday, the U.S. Navy (along with a Coast Guard ship, some Marines, Australian volunteers, and New Zealand volunteers) arrived in Vava'u as part of the Pacific Partnership program. For more details on the awesome work they will be doing here and in the 4 other Pacific nations they will visit, check out this page: www.facebook.com/pacificpartnership Thursday afternoon, my friend and fellow Peace Corps volunteer Se 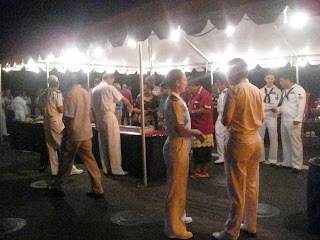 phora did a radio show where she interviewed some of the officers from the Navy. They invited her out to the ship for a dinner that night and she invited me to join her. Along with the Peace Corps Tonga country director, Sephora and I went out for a fantastic dinner where we got to eat delicious food, listen to the navy band, and mingle with sailors. Friday morning all of the Peace Corps volunteers in Vava'u returned to the U.S.S. Cleveland for a tour of the ship. It was really interesting to see things like the sleeping quarters and the dining rooms. It's hard to imagine living on a boat like that for such a long time! 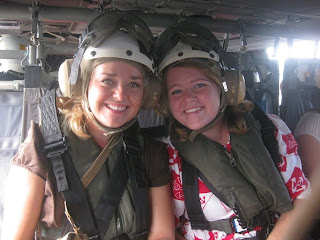 The best part of the tour was the trip back to town...we got to ride back to the island in a helicopter! It was my first trip in a helicopter, and it was really exciting. They left the doors open for us, and the view was incredible!

Saturday morning was a concert with the Navy band at the wharf. They also asked three of the high school bands to play, and my school, Mailefihi was one of the bands playing. I was asked to do a tau'olunga dance while our band was playing. What I failed to realize is that dancing in the sun while covered in coconut oil would result in a nasty sunburn. Luckily this burn wasn't as bad as some I've had in the past...those of you who have vactioned with me may remember some of those. I spent the rest of Saturday afternoon watching rugby in town. The village teams started playing last weekend and will continue to play for about another two months. It is fun to watch, but rather scary at times. I can't even count how many injuries there were during the two games that I watched!
This week is my school break, so I'll have lots of time to catch up on my reading and work on secondary projects. I'm also hoping to get my teeth checked by some Navy dentists. I hope everyone has a Happy Easter! 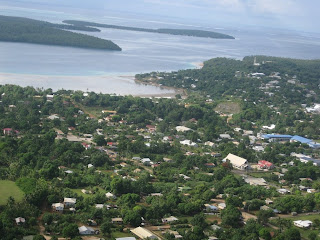