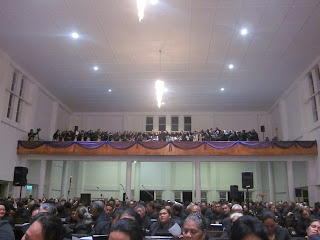 
Tuesday, June 26th was the opening of the conference. There was a ceremony at the new church offices in Nuku'alofa followed by a feast at Queen Salote College Hall. The hall looked so beautiful! Following the feast, there was a po hiva (night singing) with 15 different choirs including groups from Vava'u and even New Zealand. 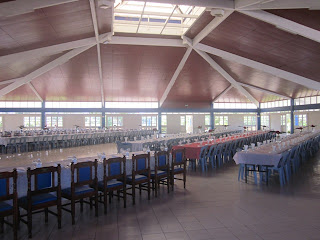 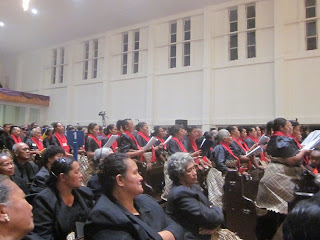 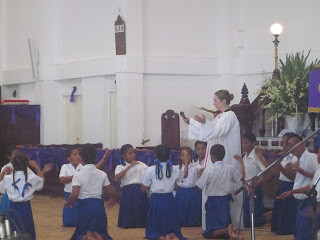 Wednesday was a service at the main church where the schools performed various musical pieces and dramas. My friend and fellow volunteer, Kaitlin, was Jesus as part of her school's performance. It was fantastic. Afterwards we went to a ﻿feast. Naturally.

The rest of the week was more of the same. I went to two more po hiva's, at one of those we performed Haydn's "Creation". It was fabulous. My choir also sang at the Sunday morning church service where we performed a Bach mass. The music in Tonga still amazes me. The final evening there was one more po hiva and the announcement of where the ministers will be serving during the coming year. Then there was the last feast, which began around 11:30 p.m. Kaitlin and I went one last time to fill up on fried chicken, root crop, ota ika, sweet and sour, crab salad, and cakes.