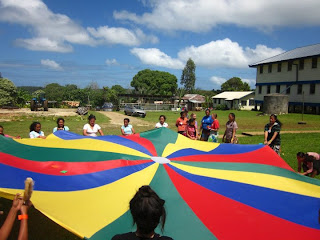 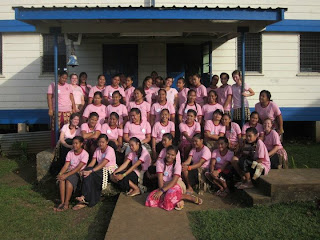 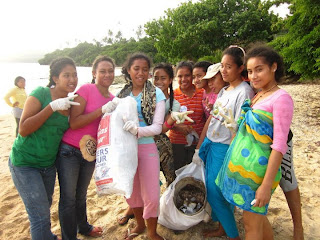 Camp GLOW is a wonderful opportunity for the young girls of Vava'u to learn about leadership, career opportunities, and healthy lifestyles. Please support this project with a donation, even a small donation will help. Malo 'aupito...thank you very much!
https://www.peacecorps.gov/index.cfm?shell=donate.contribute.projDetail&projdesc=421-136
Posted by Charity at 5:13 PM 1 comment: 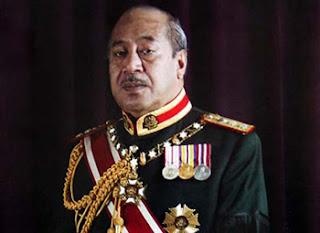 photo from mfat.govt.nz
Tonga's King George Tupou V died last Sunday at age 63 in a hospital in Hong Kong. So what does that mean for Tonga?
Well, for starters there is going to be a three month mourning period ending on June 19th. Several things will occur during this period:
The hardest part for me will be wearing black...thankfully I have several black shirts and skirts to get me through the three months, but it will require laundry at least a couple times a week. I am also disappointed about the cancellation of sports. The all-island track and field competition has already been cancelled and it looks like rugby and netball will be cancelled as well.
When the king's body comes back to Tonga on Monday, people living on the main island will line the road from the airport to pay their respects to the king. The funeral will be held on Tuesday and he will be buried at the royal burial grounds. The nobles and their respective villages are responsible for sending gifts of ngatu (tapa cloth), pigs, yams, and money. These are traditional gifts for any funeral, but will be even more extravagant for the king's funeral. Monday and Tuesday are both public holidays for the whole country, so there will be no school and businesses will be closed.
Here's to three months of mourning and a monochromatic wardrobe....looking forward to June 19th.
Posted by Charity at 3:51 PM 3 comments: 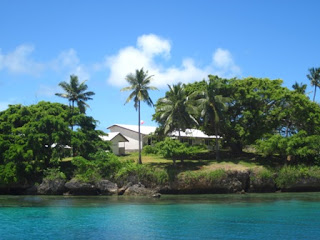 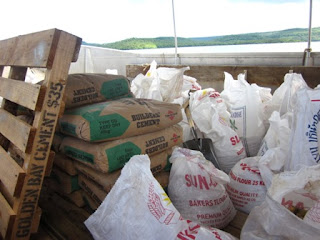 Last year, one of my Peace Corps friends was working at a government primary school on one of the outer islands. His village, Matamaka, is about an hour boat ride from the main island of Vava'u where I live. My friend started a project to repair the school wall and build new benches. When he left last year, the project was ongoing so he passed it on to me. We recently received all the funding and just started purchasing supplies. Yesterday was the big shipment out to the island. We rented one of the biggest boats in Vava'u and loaded it up with bags of cement, concrete blocks, timber, metal rods and gravel. When we arrived at Matamaka, lots of people turned up to help us unload, even the school children! Construction should begin soon, which is very exciting. Look for future blog posts about the finished project! 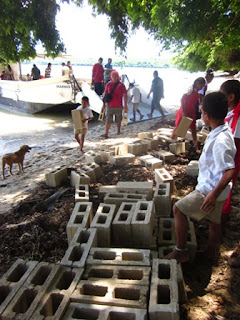 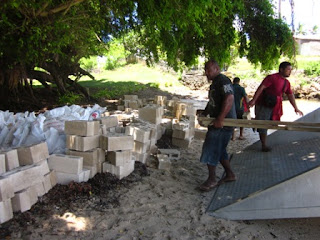 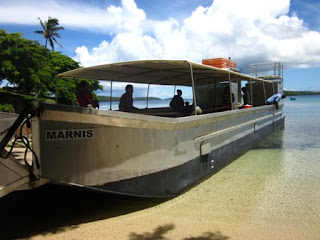