During the first two weeks of June, my students from the catering school were working in local restaurants doing their practical work experience. The last two weeks are the mid-year school break, so I have had lots of free time this month for adventuring. Here are some of my favorites!
1. Camping on a deserted island
To celebrate several birthdays, most of the Peace Corps volunteers in Vava’u, a few Tongan friends, and a friend from New Zealand took a trip out to a little island called Vaka’eitu. Local stories about this island say that the village that used to be there relocated because it is haunted. A former chief found his wife cheating on him with another man and murdered her. Now her spirit haunts the island. Despite the stories, we had a great time there swimming, playing volleyball, and hanging out around our beach bonfire. 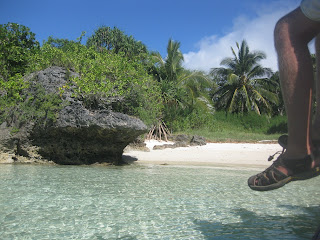 2. The Magic Circus of Samoa

Last week, Vava’u hosted a travelling circus from Samoa that has been visiting all the different island groups of Tonga. Some of the acts included juggling, tightrope walking, clowns, trapeze, and magic tricks. Unfortunately no animals since they don’t travel very well on the boat. At one point, I was called up on stage and I was serenaded by a dwarf clown. Definitely a unique experience! 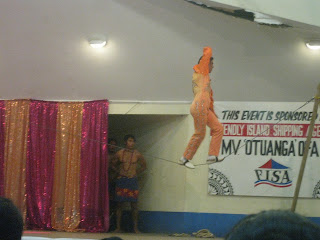 Last weekend, my boyfriend invited me to a social night hosted by the Catholic youth. The theme for the dance was “Aloha Night”, so we had matching, Hawaiian-themed clothes made for the event. It was much more formal that I anticipated. There was an opening processional march and a waltz competition. However, the youth are very fond of disco (western-style dancing) so there was plenty of that too. My boyfriend and I won two awards: best clothing and king and queen. I have to keep practicing my waltz so next year we can win that one too! 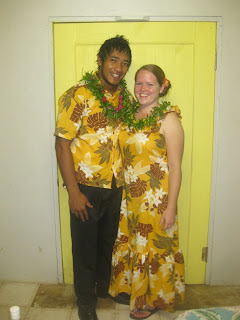 Mala is a small resort island, only a 5 minute boat ride from the beach on the main island. A lovely family stays there; a Serbian man, Tongan wife, and 3 beautiful children with a 4th on the way soon. We went to spend the day swimming and relaxing and hopefully enjoying some yummy food. When we inquired about food, the owner replied, “You can use the kitchen. You are Peace Corps, figure it out!” So, that’s exactly what we did. We cooked an awesome dinner and enjoyed our food as we watched the sunset. 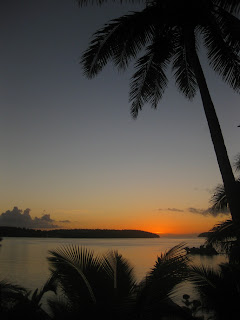 Last Thursday, I went with Ashley, Farfum, Carolyn, and Sephora on a bike trip to Holonga look-out point and beach. We rode bikes most of the way there (about a 45 minute ride) with the exception of some rather large hills. We then hiked up to the look-out point, which is an incredible view of the ocean and surrounding cliffs and beaches. We had a photo shoot and picnic at the top. Our next stop was the beach where we got to swim and cool off after lots of fakamalohisino (exercise). One the journey back we got a bit dirty. Well, actually we were covered in mud. Regardless, it was a fabulous day and it reminded me of the beauty of Tonga. 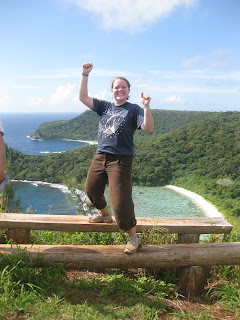