This week there were several exciting celebrations; Ashley’s 24th birthday and the anniversary of Mailefihi Siu'ilikutapu college.

For Ashley’s birthday, I worked with Ashley’s fiancé, Pa, to plan the surprise party. We decided all of the guests would get together and then Pa would bring Ashley when we were ready. Despite the fact that Pa called me twice while he was walking to the party with Ashley, she had no idea and was genuinely surprised. We then enjoyed some yummy cake, chips, chocolates, and biscuits. Ifo aupito! 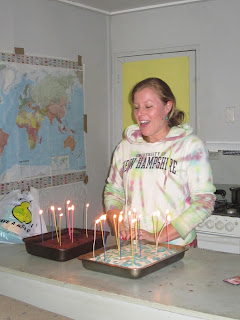 The other big celebration was our school’s anniversary. It turned out to be an all-day event, and included church, food, music and dancing. We started in the morning with a church service. Several teachers read scripture and hymns, the brass band accompanied the singing, and the President of Education gave the message. Next we moved over to the school hall for the feast. I got lucky and was able to sit at a front table where the honored guests sit. Therefore, I had the best food such as lasagna, pizza, sweet and sour chicken, pasta crab salad and, of course, roasted pig. During the feast there were the usual speeches, but we also had lots of dancing for entertainment. I took part in a group ta’olunga with my class from the catering school. There were also sitting dances, line dances and some disco, too. Quite an exciting day! 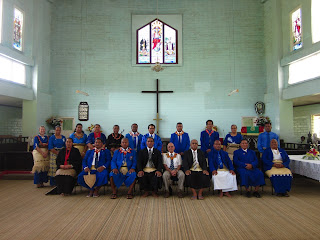 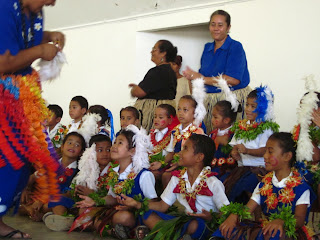 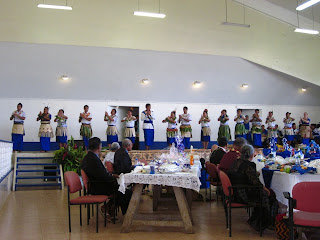